Our stores may be closed for now, but our experts are ready to take your call. We’re delivering safely too. Find out more.

When you’re proud of your home, you want to show it off. But, inviting guests over can often mean a mad rush to get your home looking its best. While a nice-and-neat home can look great, pushing yourself to perfectionism can quickly make inviting people over feel like a chore in itself – not to mention the drain on your energy and mental wellbeing. That’s why we’re encouraging you to embrace ‘good enough’ tidying; the new trend in tidying that gives us permission to relax, make mistakes and not despair if our efforts fall short sometimes.
Hints & Tips

Having a pristine home is overrated. We’re far more interested in enjoying the space we live in than stressing over turning it into a palace. From ottoman beds to the life-saving ‘neat pile’, read on to find out why it’s time to embrace ‘good enough’ tidying… and how to do so.

Don’t get us started on ‘Show Home Pressure’. Haven’t heard of it? Not to worry, we’re fairly sure you’ll have felt it, and loathed it as much as us. Show Home Pressure, you see, is that awful feeling you get when others (friends, people in magazines, fictional TV characters) pressurise you to have an absolutely immaculate, impeccably tidy home, 24 hours a day.

It’s hard enough getting through the basics (shovelling dinner plates into the dishwasher every night, making the bed in 10.8 seconds flat so as not to miss our train to work in the morning). So how are we expected to keep our homes worthy of royalty every single day?

It’s true, some people love tidying, and thrive on the challenge of making their home sparkle from top to bottom. Good for them (we’re not bitter at all!). But what about the rest of us? Those of us who find tidying a dull and tedious chore, and who genuinely look on at domestic god/goddess type people in utter amazement/disbelief?

Surely we shouldn’t be doomed to a life of feeling guilty and ‘not quite good enough’… just because we don’t want to spend all our free time cleaning.

What if, then, we decided to forget perfection and started embracing a bit of down to earth, ‘that’ll do’ tidying up instead? Doesn’t that sound awfully liberating?

If you’re intrigued, read on to discover how rethinking this whole ‘immaculate living’ thing could just be the key to your utmost happiness. Starting with the ‘why’…

When we set the bar too high, we’re doomed to failure. Fact. And what does failure feel like? A constant, niggling guilt at not being able to keep up with our own standards. So, unless someone invents personality transplants pretty fast (one Aggie McKenzie to go please!), the way to get around the problem is not to try to change ourselves, but simply to lower the bar a little instead.

We’re not talking about abandoning all notions of hygiene and completely slumming it. That’s definitely not where we’re going with this. But there’s a lot to be said for learning to be happy with ‘good enough’ cleanliness – the kind where things look generally neat(ish) and tidy(ish), and are, on the whole, clean enough to keep the kids alive… but where it doesn’t really matter if you can’t see your own face perfectly reflected in the kitchen floor. The trick is to learn to be comfortable with the state your house is in most of the time, anyway. That way you can ditch the guilt and give yourself a pat on the back for the tidying you do manage to do instead. Bravo!

Quick tidying fix #1: Learn as many shortcuts as you can

Just because you don’t want to spend hours cleaning every day, it doesn’t mean you can’t achieve a nice, crisp look in your home with a few simple short cuts. Instead of spending an age ironing bedding, for example, simply iron the cushion covers and the quickly run an iron over the duvet when it’s already on the bed. And how’s this for nifty: cleaning the shower, while you’re in the shower (or just about to get out). Simply have a sponge and some spray to hand to give things a quick wipe down once you’re done washing your hair. Genius. Finally, realise the power of ottoman furniture. Whether you invest in an ottoman coffee table or discover the life-changing invention that is storage beds, there’s nothing quicker and more efficient than popping bed linens, TV remotes and so on into a dedicated ‘out of sight’ area that’s built right there into your furniture. Out of sight, out of mind, right?!

When we live busy lives and spend more time at the workplace than at home, we’re often faced with choosing between spending the last couple of hours of the day tidying or kicking back in front of the TV. And while a tidy home can lead to a tidy mind (we’re not completely denouncing the concept of clean, clutter-free spaces!), it can sometimes be more beneficial to rest.

So instead of running yourself ragged at the end of a long day, try to practice a bit of mindfulness and let your body tell you what you really need to do. Chances are, when you tune in to your aching calves, sore head and tired eyes, you’ll forget all about the pile of clothes on the bedroom floor and sink happily into the sofa instead. You never know, after a night of rest, you might just feel refreshed enough in the morning to have a quick go with the mop before work.

It’s true, though, that it can be harder to switch off when surrounded by mess, so if it helps, try to sweep away obvious eye-sores as soon as you walk in the door from work. Pop any leftover plates and mugs from breakfast in the dishwasher or even in a neat pile in the sink to be done with the rest of the dishes after dinner. Gather miscellaneous items from around the living room and pop them into a storage basket, straighten up throw cushions on the sofa and give any crumby surfaces a quick wipe down (antibacterial surface wipes are great for this as you don’t even need to get out the sponge and spray!). By spending ten quick minutes creating a bit of order when you get home from work, you’ll be free to chill for the evening and won’t feel overwhelmed by mess.

Have you ever been to a barbeque at your best mate’s and silently berated them for not putting clean guest towels out in the bathroom? Or not mopping the floors within an inch of their life? Thought not. If you’re anything like us, you’ll have been too busy mixing up a batch of margaritas to give the cleanliness of their home a second thought.

So, by that logic, your guests really won’t care as much as you think if you haven’t given your home a deep clean prior to that dinner party you’ve been stressing over for weeks. In fact, they probably won’t care at all. This is great news, because worrying about the ‘big clean’ before hosting a party can really take the shine off things. But by getting into this whole ‘good enough’ cleaning mentality, you’ll be able to relax, and actually look forward to the events you host instead. Bliss!

Next time your guests are on their way round, don’t get yourself in a flap by trying to put every single thing back into its dedicated space in your home. Do like the relaxed folk do, instead, and embrace the ‘neat pile’. By stacking things (books, clothes, magazines) into relatively tidy piles, you’ll create a look of order in your home in no time at all. Plus leaving things out instead of stowing them away can actually add to the aesthetic appeal of your home, giving it that characterful, laid back vibe that pristine homes sometimes lack.

So there you have it, more than enough good reasons to finally ditch the stress brought on by dreary housework and embrace a new kind of liberal living instead. Some say tidy home, tidy mind… we say we’ve got better things to do. 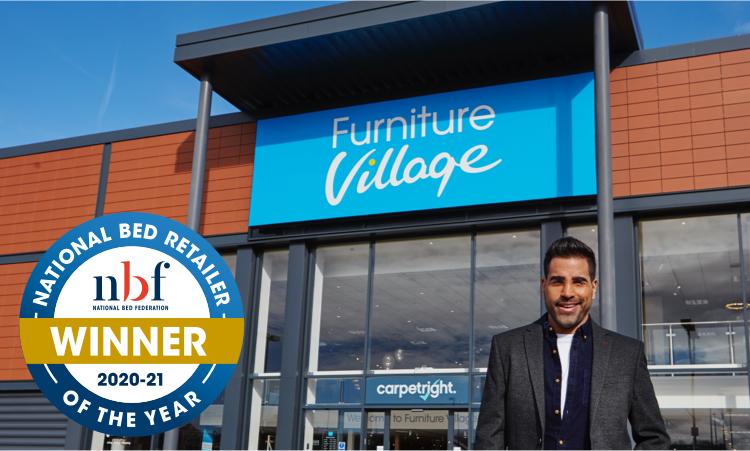 We’re Bed Retailer of the Year

We’ve been named Bed Retailer of the Year for 2020/2021. It’s a brilliant win and, like everything at Furniture Village, is all thanks to an amazing team effort. Here’s ten reasons why we’re best for beds.
Read more
Facebook Twitter Google Plus Pinterest 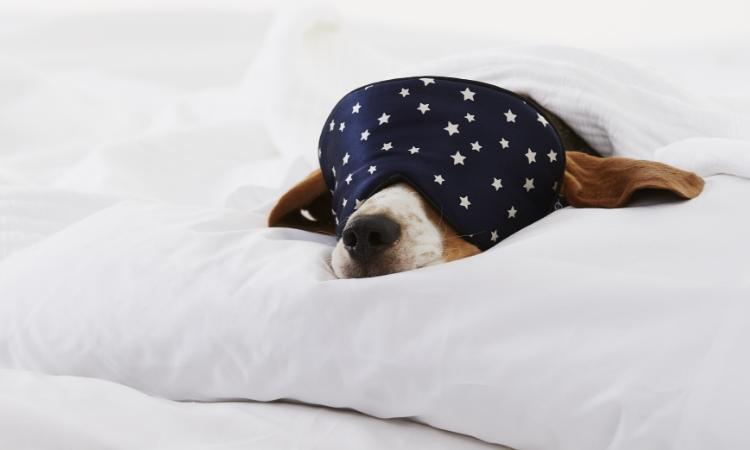 Our 11 top tips for a better night’s sleep

Good health and wellbeing depends on good quality sleep, so the science shows us. But how can we make sure we get that all-important shut-eye? Read our 11 top tips for a better night’s sleep.
Read more
Facebook Twitter Google Plus Pinterest 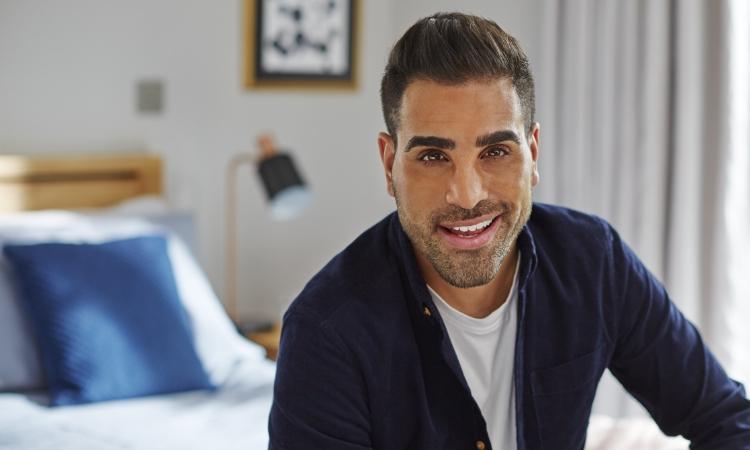 How to create a sleep-friendly bedroom

If you’re struggling to get to sleep at night, your bedroom might be part of the problem. See how to make yours a more relaxing bedroom environment.
Read more
Facebook Twitter Google Plus Pinterest

We use cookies and other technologies to offer the best experience when shopping with us, for advertising and to provide social media features. By continuing, you agree to our use of cookie in accordance with our Cookie and Privacy policies.
Manage cookies
HERE’S £25 ON US
Pop your email below and we’ll send your welcome code right away. You’ll now get first dibs on sales, new arrivals, subscriber perks and all things interiors.
Unsubscribe at any time, see our privacy policy.
Offer valid on first orders of £250 or more, excluding Clearance.
Furniture Village Logo

£25 off
your first order

By subscribing to our newsletter, you will receive the latest news and
offers by email. You can unsubscribe at any time, see
email for terms and conditions.

Here is the code for £25 off your first order